Knibbsworth said:
No, Argyle green is a brand.
Look at the seats.
How many different shades of green do you see in there?
None except one. The shade of Argyle green!!
Click to expand...

Apart from the new ones... all the others are at various stages of deterioration and are different shades due to sun light.

davie nine said:
It was suggested on here that RL be asked at Senior Greens. He was asked and didn‘t seem particularly interested.
He was asked if any of the players had commented and he said that they had not.
Posty posted some stats on page 1 of this thread showing that, since 2011, we had played 40, won 13, drawn 13 and lost 14. I assume that they were all home matches.
Perhaps, the data analysts should, at least, look into this trend of less than 1/3rd of home wins in that time.
Bolton next.
Click to expand...

Common sense would dictate that dark colours in the evening light, even with floodlighting, MAY become a problem, but we have asked the manager about it, and he seems to suggest that it is NOT a problem that his players have identified as being worthy of further investigation.

I suggest that we have done all we can to bring the subject to the Clubs attention and we should now leave it at that.
Reactions: smudja

Hmmm, are the Argyle media team touching up the shirts to look brighter in pics? 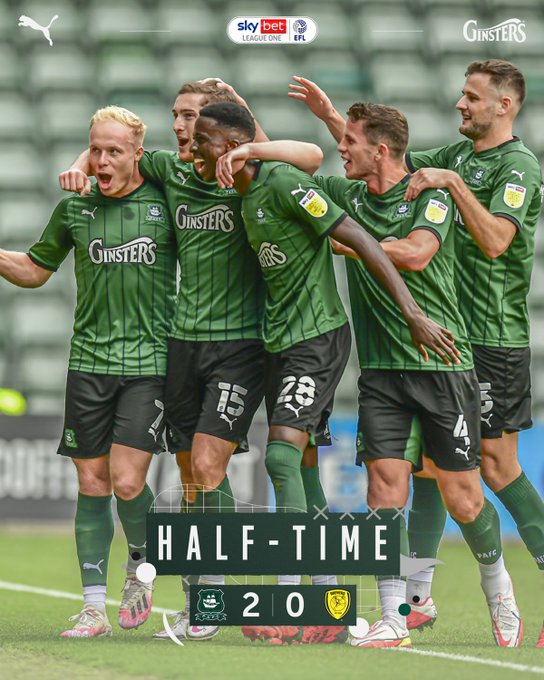 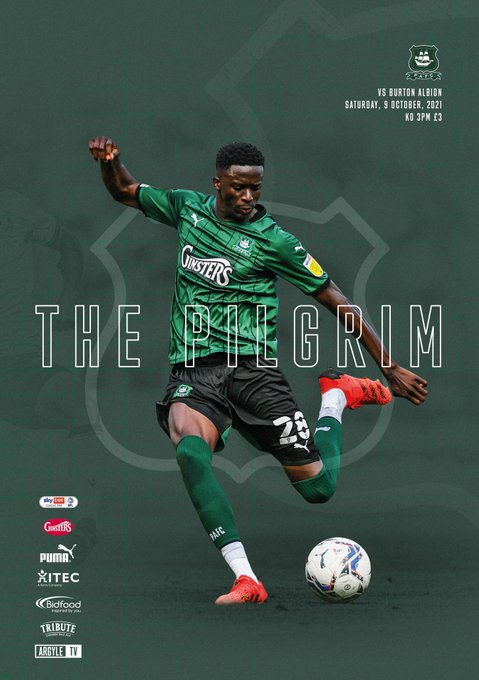 Biggs said:
Hmmm, are the Argyle media team touching up the shirts to look brighter in pics?

I'm pretty sure it's deliberate. They do it all the time on the Argyle instagram feed (with links to buy the shirt - I wonder if it generates more sales when people think we play in green)
Reactions: saxman

Sorry to add to this thread.. Did we change to wearing White Shorts and Socks midway through the 2016-2017 season? I seem to recall we started the season with a similar shirt and Black Shorts/ Dark socks combination.

You are right Biggs. I've definitely noticed that in club photos the shirt colour is a much lighter, somewhat brighter and much more green, green. It's actually a REALLY nice colour, just not the one that you see in reality.
Reactions: greenpilled and PL2 3DQ

If anyone's interested, I've done some more number-crunching - thanks to GoS, as usual - though I'm not sure it tells us anything we didn't know.

- Evening games at home outperformed the home game average in only 3/10 seasons, i.e. our points per game rate was better in weekend home games in 7/10 seasons.

- Evening games away outperformed the away game average in 5/10 seasons.

- Home and away combined, weekends outperformed evenings in 7/10 seasons.


I don't know if this adds anything to the dark/light shirts argument. Given that most away games are played in a lighter kit, the fact that in 5 seasons out of 10 we were more effective on home evenings isn't an argument in favour, but then again we would expect to lose more away so maybe 5/10 is quite good.

This is adding to my theory that the club got a good deal on 25 years worth of Puma football shirt fabric in a colour no-one else wants
Last edited: Oct 11, 2021

I totally agree puma green is absolutely YUK. (In my opinion).

And mine.
And I've just noticed that the green in my avatar is nothing like as light as my original (Tops).

They're toying with us... the real pity of it is that the green colour of the shirts in the advert for the Bolton game is the absolutely perfect shade in my opinion.

Pogleswoody said:
Look Knibbs old chap. I can actually have a point of view without posting it on pasoti. Do you honestly believe an issue is only relevant if you've said it multiple times publicly? Similarly if no one backs me up my opinion is invalidated?

Argyle has been dear to my heart practically all my life.
Click to expand...

This topic is raised each season to be fair.. I’m happy with this shade personally but prob shows my age and connection to sturrocks few seasons. Funny thing about the above image I reckon they changed the brightness of the kit so it dosnt blend in with the back ground, so marketing team must agree with posters above

I won't say who but I accused a senior manager of colourising it but he flatly denied it. I won't repeat my reply on this family friendly site but it did have two LL's in it.
Reactions: Bwb1989
You must log in or register to reply here.
Share:
Facebook Twitter Reddit Pinterest Tumblr WhatsApp Email Share Link
Top Bottom