So sad. I hope his last days were peaceful and pain free. Brain cancer is simply dreadful. Agree with all the sentiments posted. Thanks for the memories Paul.
RIP Pilgrim.

Unfortunately before my time when he graced the pitch. Shame he didn't stand a chance when in the dugout, given the club was in meltdown but hats off for trying.

RIP Paul & condolences to your family.

Thanks for the memories Paul.
Gone but never forgotten and always a Green.

Does anyone know if there are floral tributes outside Home Park?

I doubt it Phil, it's a Vaccination Centre at the moment which would confuse things I'd imagine.

IJN":1ex2yat0 said:
I doubt it Phil, it's a Vaccination Centre at the moment which would confuse things I'd imagine.
Click to expand...

Thanks true Ian. I forgot about that.

I can only echo the sentiments of all the other posters, a truly great player and the finest I ever saw in the green shirt. It was obvious even when playing in the reserves before breaking into the first team that he was something special and his debut only confirmed it. Treasured memories indeed.

Sincere condolences to his family and friends. 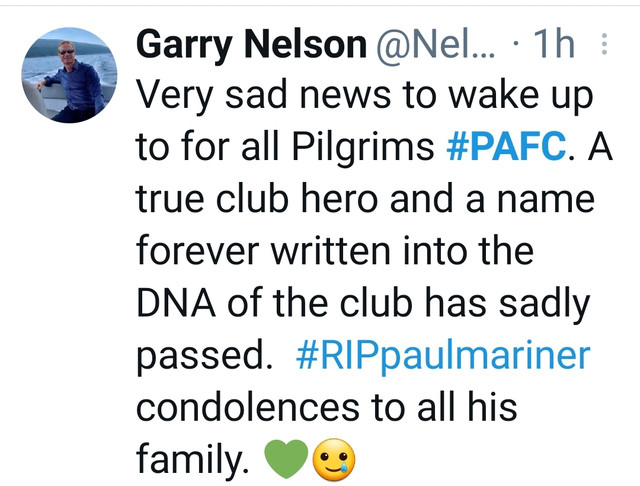 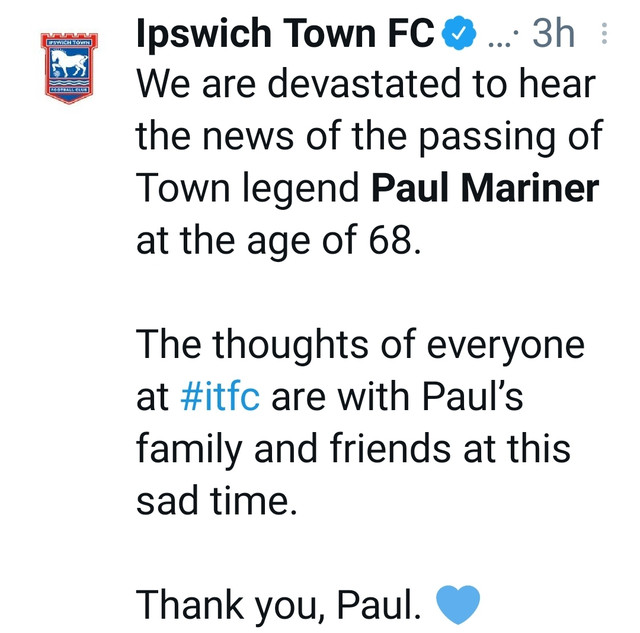 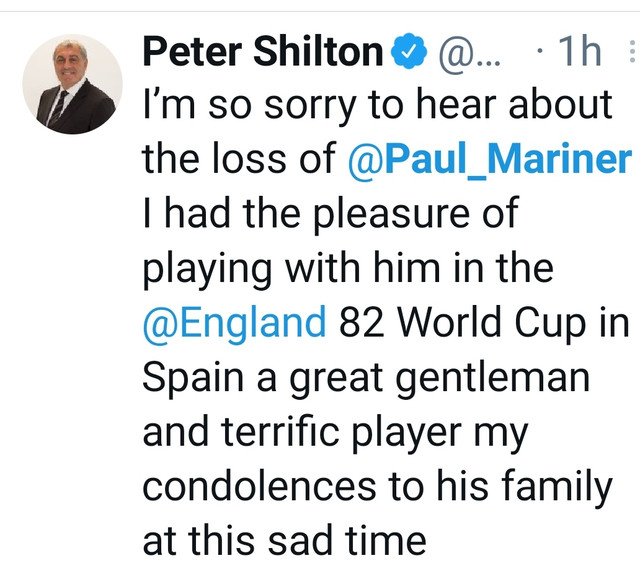 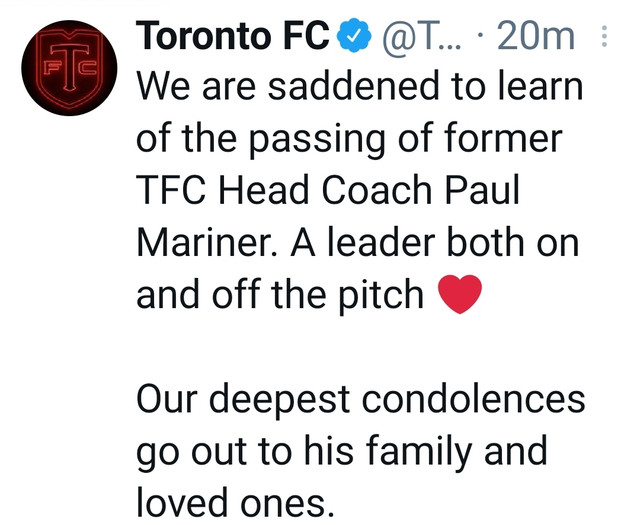 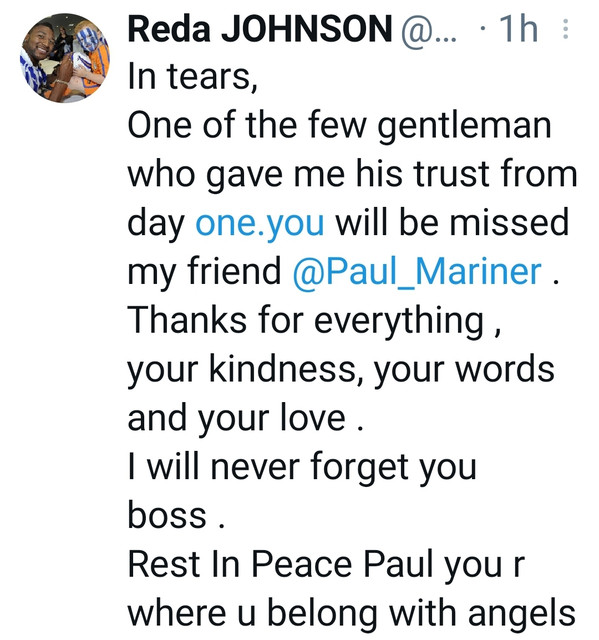 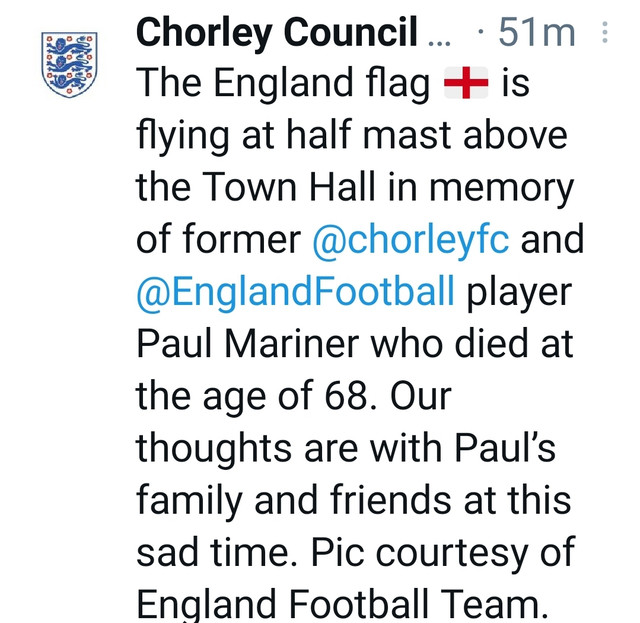 My hero, the best player ever to wear the Argyle shirt IMHO.
What a forward line we had, Paul and Billy Rafferty, what a joy it was to watch them play, well worth the entrance fee to watch them tear defences apart.

Hoping Argyle and England do something for an outstanding number 9.

Thoughts are with his family, friends and supporters who were lucky enough to see him play for their team.

Was only watching him on the 1982 World Cup song video yesterday, absolute star, now up with the stars, forever green

A great tribute from the Beeb's Phil McNulty.

Paul Mariner was a striker of the highest class who mixed the old-fashioned virtues of physical presence and aerial power alongside a complete all-round game.

He will be remembered as one of Sir Bobby Robson's most astute acquisitions when he moved to Ipswich Town from Plymouth Argyle in 1976, going on to become a key figure in their greatest period.

Mariner played in the FA Cup final win against Arsenal in 1978 and also when Ipswich Town won the Uefa Cup in 1981, scoring in the first leg of a 5-4 aggregate win over AZ Alkmaar.

It was a regret that Ipswich Town did not win the title despite coming close during his time at the club but Mariner's consistency, goals, character and outgoing personality made him one of their true legends of a golden era in Suffolk under Robson.

Mariner's quality earned him England honours, the high point of his international career coming when he scored in the 3-1 win over France at the 1982 World Cup in Spain.

He mixed modern attributes, was brave as well as skilful and at his peak was one of the finest British centre-forwards of his time.

smudja":zqcxceet said:
RIP legend.. the cries of Mariner (Rafferty) may have faded from Home Park but they will forever live in the memory of those of us that had the privilege to watch the best centre forward of his time play.
Click to expand...

Singing this again could be a small tribute from the Green Army.

A great man and great player who I had the pleasure to see in an Argyle shirt.

Never got to see him play but enjoy reading the stories about him that others shared from their time of watching him at Argyle.

Great player in a great team. Thank you for the memories. In my mind you never aged.

We are home to Ipswich at end of October. This would be just a little over 45 years after his last Argyle appearance v Cardiff.