The countdown to Wigan

Another large crowd is expected so remember to allow plenty of time to go through the extra security checks at the turnstiles. 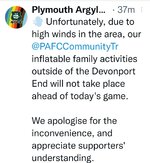 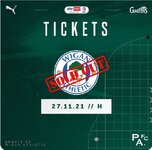 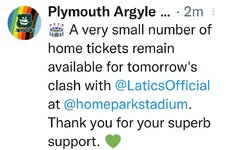 The game is a dedicated Rainbow Laces fixture ... club website. 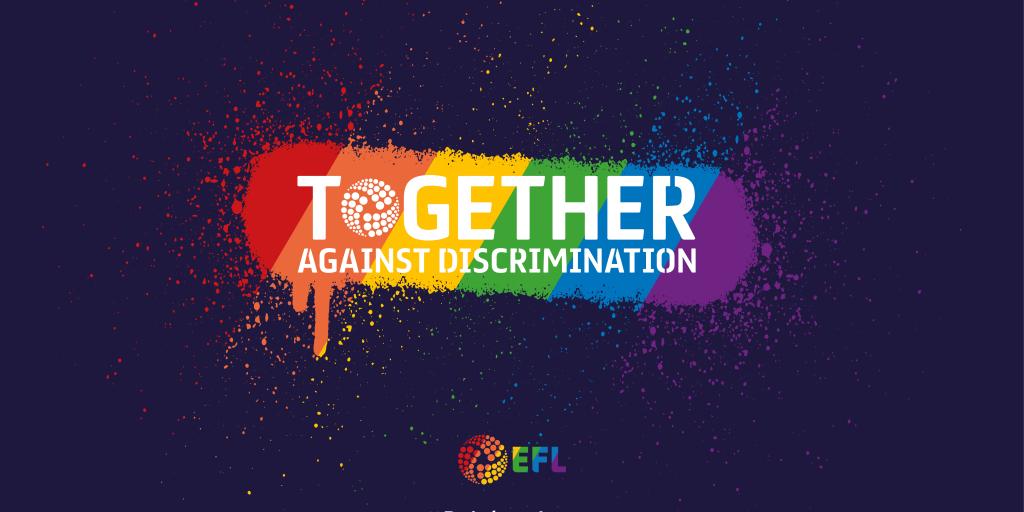 Tilt won the League One Goal of the Month ... WA club website.

Defender Dan Scarr looks ahead to the game ... Argyle TV. 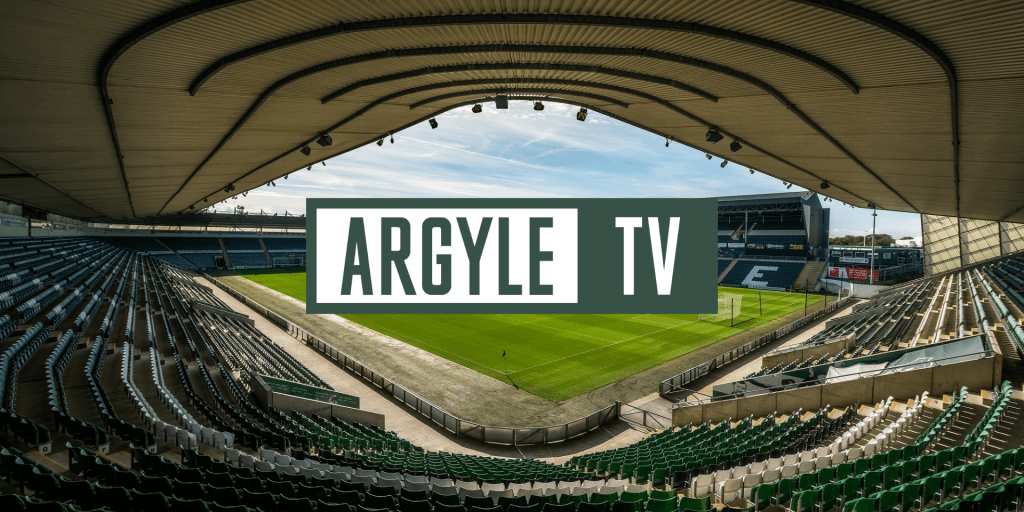 The Greens have played Wigan at Home Park just 11 times, winning five games, losing five and drawing one.
Wigan have won each game on their last four visits, stretching back to 2002. 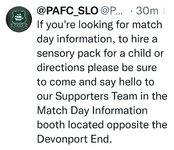 Referee
Experienced official Andy Woolmer is the man in the middle. Now in his 18th season as an EFL ref he has so far this season issued 54 yellow cards and no reds in 16 games and officiated in Argyle's recent 2-2 draw away to Lincoln City last month.
He will be assisted on Saturday by Mark Russell and Mark Pottage while the fourth official is Sam Allison.

Oh great, the muppet that gave a last minute penalty for a challenge outside the box
Reactions: saxman, Welwyn Pilgrim, Redruth Boy and 1 other person

Wigan are no longer in administration.

They signed players in the summer, including Wyke from Sunderland on a long term deal.

Kelland Watts has played for both

I've been looking forward to this match for a long time as I'm travelling down from Portsmouth with my grandson for his first Argyle match. Can't wait.
Reactions: pafcshaun

Got a feeling these results are going to run in threes, hopefully I got that one wrong...

Let’s hope another bumper crowd can make some noise. Thought it was very flat last night apart from a couple of occasions but then again Wycombe drain the very nub of your soul. Only 60 tickets left at the moment unless they release more in the Mayflower Upper as they did against Ipswich.
Reactions: saxman and leeroy221

Warren Joyce played for Argyle and managed at Wigan.

Charlie Wyke will be missing the game, due to collapsing during training earlier in the week. 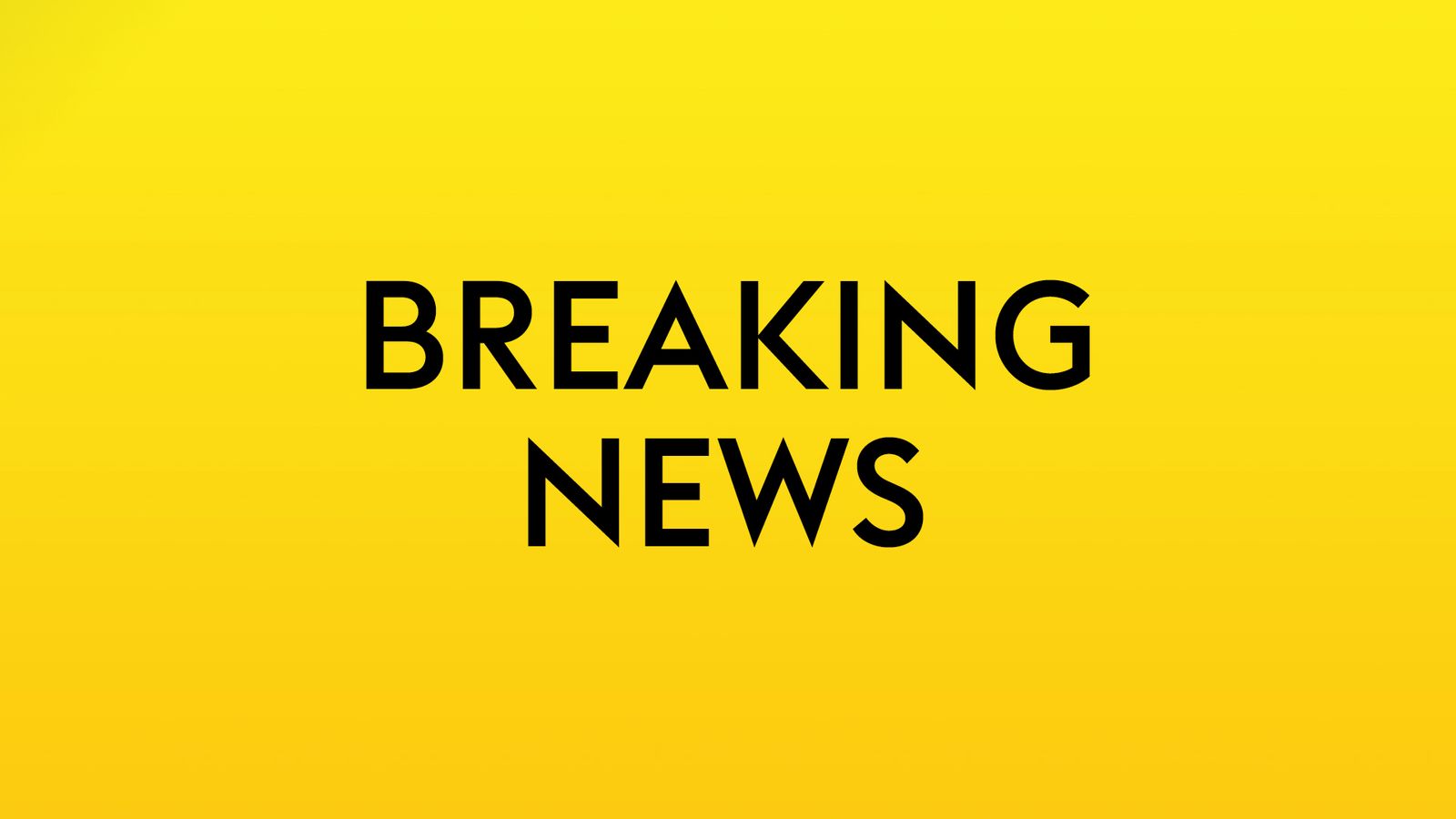 The 28-year-old striker Charlie Wyke was training with Wigan team-mates ahead of Tuesdays League One match against Cambridge when he collapsed; he was treated by clubs staff before being taken to hospital; currently in stable condition

Jason Jarrett who was on loan during the Pulis era

Raes Lad said:
Jason Jarrett who was on loan during the Pulis era
Click to expand...

Good shout. He was a decent loan signing too.

Sherford Green said:
Good shout. He was a decent loan signing too.
Click to expand...

Yes, he was. very neat and effective playing on the left of midfield, I recall.

Quintrell Green said:
Yes, he was. very neat and effective playing on the left of midfield, I recall.
Click to expand...