Legends line up vote (for stadium exterior artwork) | PASOTI
Menu
Install the app
You are using an out of date browser. It may not display this or other websites correctly.
You should upgrade or use an alternative browser.

Pictures of Argyle legends from the past, along with iconic moments in the club’s history, will be placed on the outside of the stadium, enhancing the look and feel of Home Park.

A number of images will adorn the exterior of Home Park, and the decision on who makes it will be chosen by you, the supporters.

Over the next week fans will vote on an all-time Argyle XI, with 11 substitutes, and the players with the most votes from each position will be put up around the stadium.

From Wednesday, 15 June a daily vote on the club’s Twitter feed will take place for your chance to vote on the legends line-up. 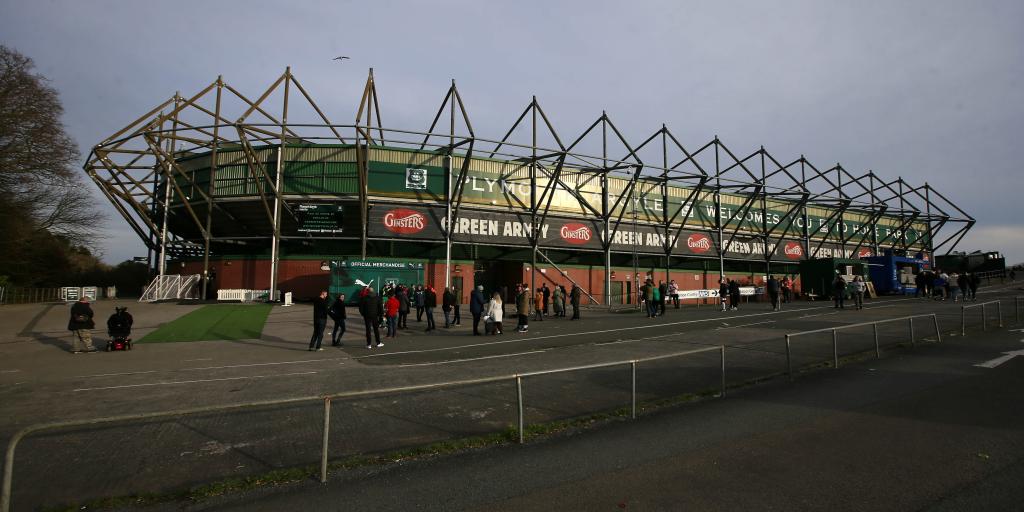 That will make the voting a bit skewed.
Reactions: smudja, getyourbootson and Lobster

i don't do twitter.anyone know if i can still vote please?
Reactions: RochdaleGreen, Andy S and saxman

All time? If it's done on Twitter then about 8 of the selection will be from the last 20 years, which I imagine is what the club will prefer. Talk about skewing the vote!
Reactions: greensalt, ghost of hughie reed, Andy S and 1 other person

If they did it on multiple platforms, the same person could therefore have multiple votes.

Probably too late now, but perhaps the votes could have been held on the club website.

seems a bit pedantic to have one player from every position. Obviously there are gonna be more legendary strikers than left backs. Why not just have a range of different players?
Reactions: Lundan Cabbie and saxman

This sounds really, really good. Home Park is going to look and feel very different for the new season.

That Devonport signage is looking SO tired and dated now, presumably that will be replaced by some of these images.

BUT... having it just on Twitter seems fundamentally flawed if anyone from Argyle is reading this. Putting an all time XI out to a predominantly younger generation means you probably won't get a true all-time XI, and there seems very little chance a Moses Russell or Billy Rafferty would get in ahead Sonny Bradley or Graham Carey (who I love, but shouldn't be in an all-time best Argyle team).

You can already see it in the Twitter replies, in the non-joking suggestions people are picking players like Reuben Reid, Tony Capaldi and Paul McGregor because they're picking players from their lifetime. Jack Leslie, Sammy Black and Moses Russell just aren't going to get anywhere near with this method. I'd just let Sparksy pick it
Last edited: Jun 15, 2022
Reactions: Beacongreen and ghost of hughie reed

They're appealing to that age group Biggsy. They know us old sods are hooked.

Judging by the previous comments and only having access through Twitter, the likes of Wilf Carter, one of Argyles greatest signing and goal scorers have no chance
Reactions: RochdaleGreen and Andy S

Maybe they can have a selection from each era then. I get maybe they do want it to appeal to young fans, but there's no point calling it 'all-time' and then having it hugely weighted towards the (has to be said, relatively unsuccessful) last 20 years or so.

We have an 'all time' giant mural between the DE and Lyndy. It hasn't Carey in it, so these things are obviously time flawed.

Biggs said:
Maybe they can have a selection from each era then. I get maybe they do want it to appeal to young fans, but there's no point calling it 'all-time' and then having it hugely weighted towards the (has to be said, relatively unsuccessful) last 20 years or so.

There are 4 keepers listed. Furnell, Nicholls Larrieu and Mccormick.

Also the choices are limited to the four players the club choose for the shortlist.
Today for the keepers it's Furnell, Nicholls, Larrieu and McCormick.

No Shortt, Crudgington or my favourite Miller.

There's no perfect way to decide this but the final results won't be accurate.

Larrieu and McCormick already miles ahead of Furnell and Nicholls in the goalkeeper section just goes to show how much this vote is weighted in favour of the modern era. The likes of Shortt, Cann, Barnsley etc. don't even merit consideration according to the selection committee.
Reactions: cheshiregreen