Reports going around that, football law makers will discuss a request to increase half-time intervals from 15 minutes to 25 so that football can introduce Super Bowl-style entertainment midway through matches. 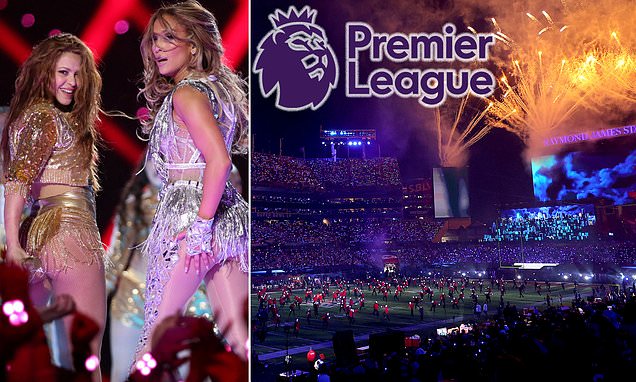 EXCLUSIVE BY KIERAN GILL: The money-spinning idea to make it 25 minutes came from CONMEBOL, the South American governing body who believed it would benefit their competitions.

They are more or less 20 minutes now anyway.

I'm a big fan of the NFL and watch it regularly, the half-time shows are part and parcel of the game.

But it just wouldn't work here in my opinion. A lot of the NFL games are televised and people tune in to watch the show (not just the football). Putting a half-time show on in the lower leagues just wouldn't work, the games aren't overly televised so they'd be largely for the those in physical attendance, who I would imagine would rather be out having a smoke or getting refreshments (as at some US stadiums some of the refreshments come to you, not the other way around).

Maybe perhaps it would work in the Premier League? If the game was televised and Sky or BT or whoever would happily give up their HT analysis to show 'the show'. But I doubt that would happen.
Reactions: Lundan Cabbie

Discuss away, just be sure to reject it.
Reactions: Tugboat

Daft idea. I’m an impatient person, and even 15 minutes feels too long. Very hard to imagine what sort of half time entertainment would interest most people, certainly not the traditional troupe of dancing girls.

Dead in the water and already dropped apparently.
Reactions: Tugboat and Adam

Ticket prices to increase to pay for the 'entertainment?' More opportunities for the EFL to fleece the fans?

jespafc said:
Ticket prices to increase to pay for the 'entertainment?' More opportunities for the EFL to fleece the fans?