Drinking alcohol in your seat

Mixed views on this - 20 odd years ago having a beer inside home park would have been unthinkable - I don't think that has lead to anymore issues, so people are already drinking in the stadium and there is no evidence of it leading to an increase in anti-social behaviour that I am aware of.

The big issue would be this culture of lobbing pints around. Stopped going to gigs and festivals about 10 years ago because of this (that and it most likely wasn't lager landing on you) so wouldn't want to be getting soaked inside a stadium with other people's beer. We've seen at the Euro's (Denmark springs to mind) the craze of lobbing beer about when a goal goes in, recently Hungary fans where chucking pint cups onto the pitch in the qualifier so its not just an English craze, but its something we will see if beer in stands becomes a thing.
Reactions: Tonka and Drake

Rubbish beer, plastic glass. It really would be a Lousy Pint!
It's a no from me.
No problem if others want to, but I think it would just be another stick to beat fans with once it all went horribly wrong.

No, I like a beer, possibly a bit too much, but surely people can last 45 odd minutes without a pint during a game. Plenty of opportunity to drink before at half time and after the game.
Reactions: Tonka and The Doctor

Joe Totale said:
Sounds like a good idea to me. Perhaps the drinking areas could also be ones with safe standing in place.
Click to expand...

How would you take your beer to your seat.... if you haven't got a seat?

I'm against taking beer into the seating area; not that I don't enjoy a pint. Only takes 1 or 2 fans getting carried away, who will cause problems for many. I think the club should look at ways to make having a drink in the concourse, a more enjoyable experience. Whether that is comfort, speed of service or just turning on the TV to watch football, it needs thinking about.
Reactions: Drake

Personally I’m against it. I can see beer being thrown around and trouble being caused as a result. Plus do we really want to people drinking alcohol next to kids? Things are ok as they are at the moment.
Reactions: Tonka, Drake and Lundan Cabbie

No, although I like a pre-match ale or two I think it would inevitably lead to beer showers when we scored. I used to involuntarily chuck my tobacco in the air if Argyle scored whilst I was rolling a nervous rolly … back in the day when smoking was allowed in the ground. Cannot guarantee that I’d hold on to my beer if a significant goal went in.

I am going to say no. I drink on Match days, but last thing I want is to be covered in beer when a goal is scored (which is what will happen)

Theres bound to be a few hundred druids that mess it up for the other thousands.
Reactions: mil511

plymade said:
I'm against taking beer into the seating area; not that I don't enjoy a pint. Only takes 1 or 2 fans getting carried away, who will cause problems for many. I think the club should look at ways to make having a drink in the concourse, a more enjoyable experience. Whether that is comfort, speed of service or just turning on the TV to watch football, it needs thinking about.
Click to expand...

I agree with this in many ways but it isn’t a possibility at the moment due to two (related) factors, covid & space.
Currently encouraging people to gather and drink in a cramped enclosed space isn’t viable due to covid (I do accept this is happening in pubs now however), and the concourses throughout Home Park are too small to set aside space for fans to settle and drink. If the areas under the stands could be made bigger then I think it’d be a good idea, along with kiosks just for the sale of alcohol. 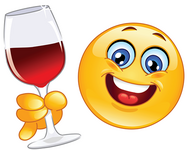 Can't see it happening but would be brilliant to enjoy a pint or 12 during the game.

Regularly have enjoyed watching german football with a stein or two.

As with standing my opinion is simple, it's fine as long as it doesn't impact someone else's entertainment.

But can most certainly guarantee the first goal scored after any change will result in hundreds covered in beer and a near immediate ban.

Probably one of the worst decisions they could make, if it happens.

Sorry, but honestly, the majority would behave, but could you imagine, being in the Devonport end, Argyle score, everybody would be drenched.

Earlier, somebody mention it is not a problem at non-league grounds, well it can be, people can bring their pints out from clubhouses, with very little stewarding, in glasses , not plastic.

I seen numerous occasions, with fights, and awful behaviour, including drink being thrown over linesman, because of decisions they don’t like.