The Argyle under-23 team play Yeovil Town at Home Park tonight (kick-off 7pm) in a Premier League Cup qualifying game. The winner will progress into the group stage and play Everton, Fulham and Watford. 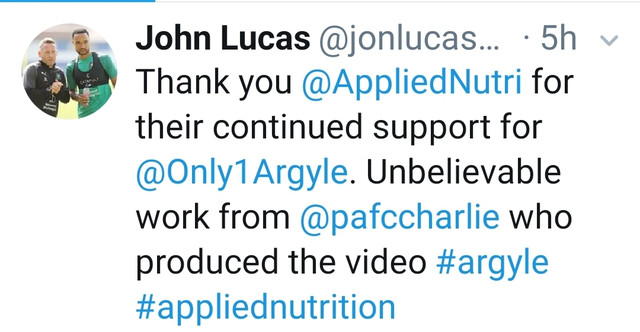 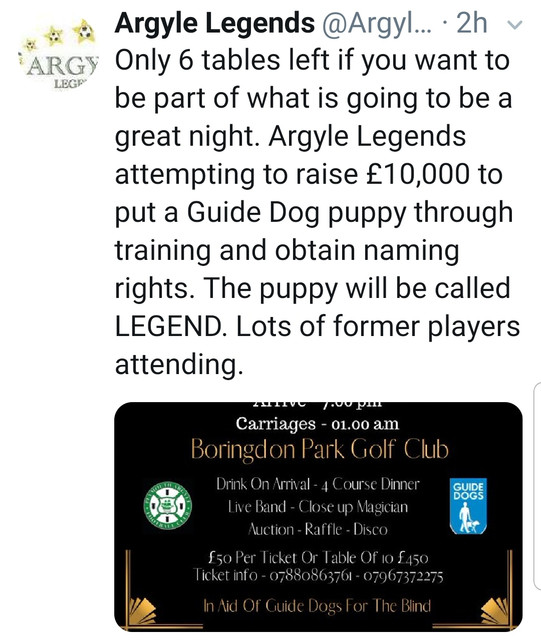 Around 200 fans are in the queue at the Home Park ticket office this morning to buy tickets for the Exeter City game.

All 1,152 tickets for the game against Exeter City have been sold and no further tickets will be available...

WITHIN 90 minutes of going on sale, the Green Army sold out their allocation of tickets for October's Devon Derby clash at Exeter City.

The full allocation of tickets, 1152, was snapped up before 10.45am on Thursday morning, having only been made available at 9.15am.
Unfortunately, we have been advised by the Grecians that there will be no further allocation.
We thank you for your incredible support.

The club issue a warning over the reselling of match tickets .... club website

Ryan Lowe talks about the season so far ...

“Six weeks? It feels like six months, doesn’t it?”
“We are where we are for a reason. We’d like to say that we’ve dropped four points, for definite, which would have put us in third.
“But, is that papering over some cracks where we can do better? Probably, yeah. So, I’m under no illusions that we’re in a position we deserve to be in. The lads know that, and the staff know that.”

“You can see that the style of play is good. Everyone’s enjoying it, everyone’s liking it, there’s certain aspects of the game where the opposition get a bit more of the football than we want, we don’t take as many chances as we should, we don’t get as many shots as we can.”
“There’s those elements to work on, but it’s not going to take another month. We’re an OK team at the moment, but I’ve said to the lads that we’ll become a good team, then a very good team, then an excellent team. Over the course of the season, those are the targets you want to get to, and at this moment, we’re probably in the right place.”

The Argyle under-23 team win 2-0 against Yeovil Town and progress onto the group stage of the Premier League Cup and will Everton, Watford and Fulham.
Post a reply
Previous Next
1 post Page 1 of 1
Return to THE Plymouth Argyle Fans Forum