Gary Sawyer is one game away from making the top 35 all-time appearance list for Argyle and by the end of the season could move into the top 25 players who have made the most appearances for the Pilgrims. 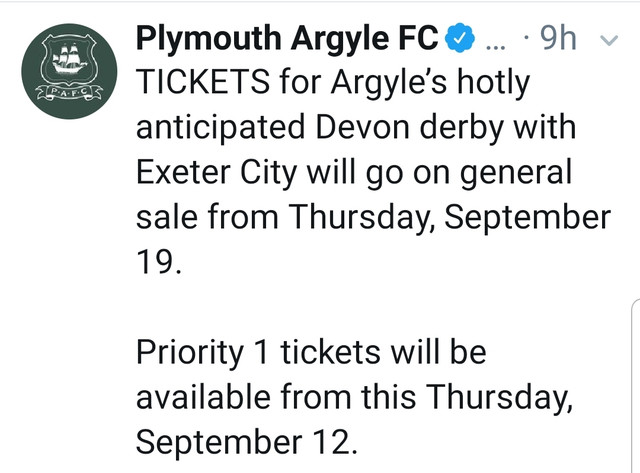 The new away end at St James Park

Ex-Argyle manager Derek Adams has appeared on the betting lists for the vacant managerial vacancies at Stevenage and Lincoln City. Sky Bet have ranked Adams as fourth favourite for the Stevenage job at 14/1 and an outside bet to be the new manager at Lincoln at 25/1.

"I was delighted with everybody. Milton Keynes had some big-hitters out and we finished with six apprentices against a very strong team.
"Michael Cooper saved a penalty early in the game and, after that, I thought we were the better side.

"We put the ball into the right areas and played the way the first-team do: we passed the ball; looked comfortable in possession; and dug in when we had to.
"We gave 60 minutes to Sarce and Will, which can only be a benefit to them and the first-team. Along with Adam Randell, they were our stand-outs, but everyone did really well."


I'm assuming it's OK to pay cash on the turnstiles for the U23 game tomorrow night? Anyone know for certain? Think I might take a stroll down to HP.


TheBoldman wrote: I'm assuming it's OK to pay cash on the turnstiles for the U23 game tomorrow night? Anyone know for certain? Think I might take a stroll down to HP.

If you thinking of having a drink, before the game, in the new bar first, you can’t it’s not open.
Post a reply
Previous Next
3 posts Page 1 of 1
Return to THE Plymouth Argyle Fans Forum