Early season statistics from WhoScored.com:
Argyle have the second highest ratio of possession in League Two at an average of 55.4% per game.
The average passing accuracy of 81.0% is the best in the league and an average of 15.4 shots a game is the third best.

The team on average have 8.3 dribbles per game, the third highest in League Two and win 20 aerial duels per game - the second worst.

The team have completed the most short passes in the league at an average of 412 each game and 65 long balls per game, which is the second lowest.

Eight goals have been scored from open play, the joint-highest in the division.

Two former Argyle players have been linked with the vacant managerial position at Southend United. Barnet boss Darren Currie and Adam Barrett, currently a development coach at Millwall, are strongly fancied to take over at Roots Hall following the departure of Kevin Bond.
Former Argyle manager Derek Adams has also been touted as a possible replacement for Bond. 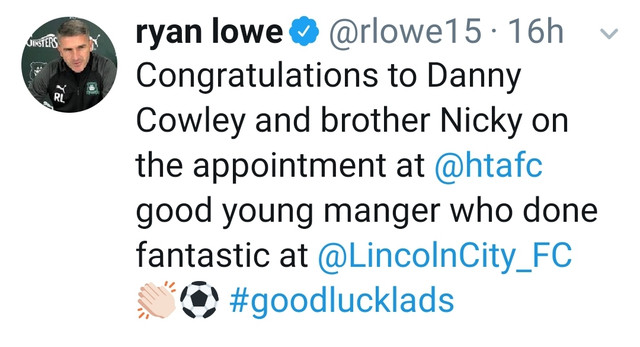 Devon and Cornwall police are investigating an alleged assault that took place between a steward and an Oldham fan at Saturday's game, the police said...

“We are investigating an incident in the away end that took place during Plymouth Argyle v Oldham last weekend.
“The allegation we have received is that a steward was punched in the face and the disturbance stemmed from this.
“Officers from the Football Unit will be reviewing CCTV and will progress this matter from there.”

The board of directors at Chesterfield have issued a statement giving their full backing to manager John Sheridan. The ex-Argyle boss is under pressure as Chesterfield sit bottom of the National League on five points with no wins from the first 10 games.

Argyle face M.K. Dons in a behind closed doors Central League away game today, the team includes players currently out on loan ... 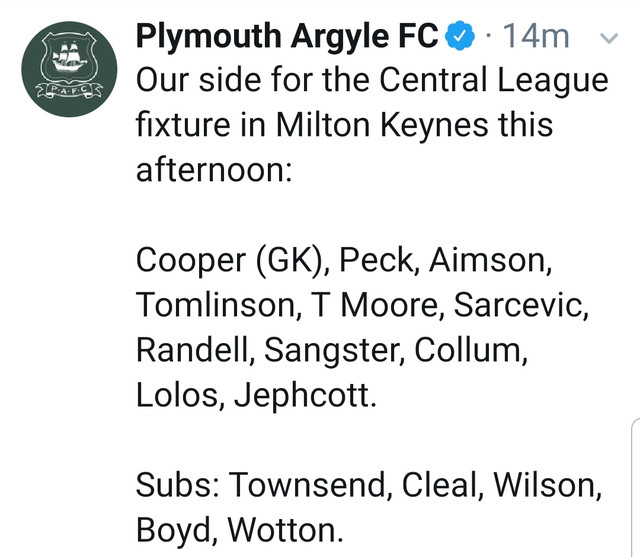 The match ended 0-0 with keeper Michael Cooper saving a penalty.

Tickets for the game against Exeter City at St James Park on 26 October go on sale to season ticket holders this Thursday 12 September.
Post a reply
Previous Next
1 post Page 1 of 1
Return to THE Plymouth Argyle Fans Forum